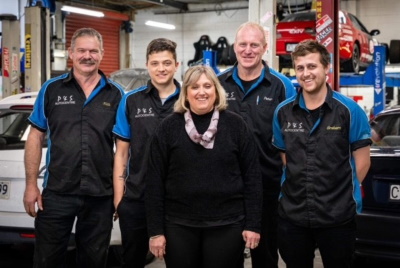 Peter started his apprenticeship in 1982 in Bulawayo, Zimbabwe at the Mazda Agency, qualifying in 1986. Moving in 1987 to John Love Motors for two years, where he gained more experience working on a bigger range of vehicles, both new and older models.

Opened P&S Motors in Bulawayo in 1989, Peter and Sam worked together for 12 years. and sold it as a going concern in 2001 when they immigrated to New Zealand.

Peter worked for a small service station in Howick, before opening P&S Autocentre in Auckland in June 2002.

The Boss and the one who runs the show.

For all your quotes give Sam a call.